Getting to Know Our Regulatory Partners

This is the first in a series of interviews of APHIS and State Department of Agriculture colleagues conducted by the NPDN Regulatory Relations committee. 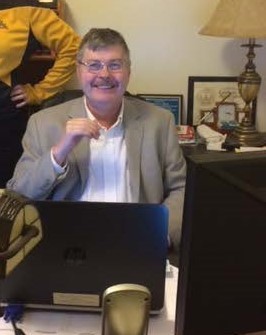 I was born in New York to emigrant parents who were raised on farms in the west of Ireland. My graduate work was in forest pathology and later in plant virology. For 15 years, I was a researcher and lab manager in plant virology at the University of Idaho. I finished my PhD and left Idaho in 2004 as an acting assistant professor to start my career in the U.S. Department of Agriculture. I joined the Science and Technology section of Plant Protection and Quarantine (PPQ) just as the National Plant Diagnostic Network (NPDN) was being organized and just before the PPQ emergency program for Phytophthora ramorum occurred. Since then, I have been involved in that program as well as the plum pox virus eradication program, the pale cyst nematode program, the citrus health response to citrus greening pathogens, and the wheat stem rust programs.


What is your role with USDA-APHIS?

When I started my career at PPQ, I was providing general scientific support to develop better diagnostic tools that could be applied to PPQ programs.
My role gradually shifted to developing diagnostic lab capacity and capabilities for regulatory pathogens. We did this by engaging the NPDN, the state departments of agriculture laboratories, as well as private and commodity group labs. As this role grew, we began testing the use of laboratory quality management concepts for the labs we engage. This led to my involvement in the development of the NPDN STAR-D program as well as supporting the current NPDN quality management and professional development initiatives.
My position continues to evolve. I am now the science and technology (S&T) lead in providing scientific support for the PPQ P. ramorum and plum pox virus programs. These are new roles for me and give me the opportunity to expand my interactions with the NPDN to fulfill the diagnostic needs of these important regulatory programs.


What is your favorite part of your job?

Although I no longer work day-to-day in a lab setting, I get to see a wide variety of diagnosticians in their own environments or at training sessions. The NPDN is a large and diverse network, I really like seeing other labs and clinics to learn from each member how they achieve their mission and provide for their stakeholders. In addition, it is a fulfilling experience for me to participate with NPDN members in the development of laboratory quality management systems that increase the visibility of NPDN’s mission and the professional stature of its members to its stakeholders.


What is the most difficult part of your job?

The hardest part of my job is when my official duties require me to restrict or deny research or other work with regulatory pathogens due to U.S. laws, regulatory requirements, or policies. I have probably delivered bad news at one time or another to most members of the NPDN. PPQ is a very positive and active agency when engaging its stakeholders, but it is also bound by laws and policies shaped by a large variety of stakeholders, and I am there to ensure that regulations are enforced fairly and equitably. I try to emphasize that I am enforcing PPQ mission requirements that restrict working with regulatory pathogens, and my decisions are not personal but necessary to fulfill a legal or policy requirement.


What is the most common question you receive from diagnosticians?

The most common questions from diagnosticians are what to do when a potential regulatory pathogen is found. In many ways, NPDN members are the eyes and ears of events occurring in the agricultural field; changes that include new pathogen detections or outbreaks of disease that will affect U.S. agriculture and trade. If there is a suspected regulatory pathogen found, time is of the essence. Timely communication to the regulatory community can greatly impact the response. For example, the NPDN’s role in the successful response to the soybean rust finds in 2005 and the Xanthomonas vasicola pv. vasculorum finds in 2017 helped prevent agricultural losses and market closures that would have otherwise occurred. I always advise diagnosticians to get to know the State Plant Regulatory Official (SPRO) in their state as well as their local PPQ State Plant Health Director (SPHD). These folks are the first line of communication for any regulatory situation occurring in their state.
Tag
newsletter
Copyright © 2023. All rights reserved.