It’s a familiar story to all of you, I’m sure: You see an obviously dying tree with abundant fungal growth on it, so you wander over and take a closer look. In October of 2019, this happened to me, and it led to the description of a new insect behavior.

Most of us in the lab noticed the decline of one of the Darlington oaks (Quercus hemisphaerica), prominently planted on the edge of a greenscape in the middle of North Carolina State University’s campus (Fig. 1). We walked by it often, and it had lost most of its leaves, though even after extensive sampling we were never able to diagnose the cause of the decline. 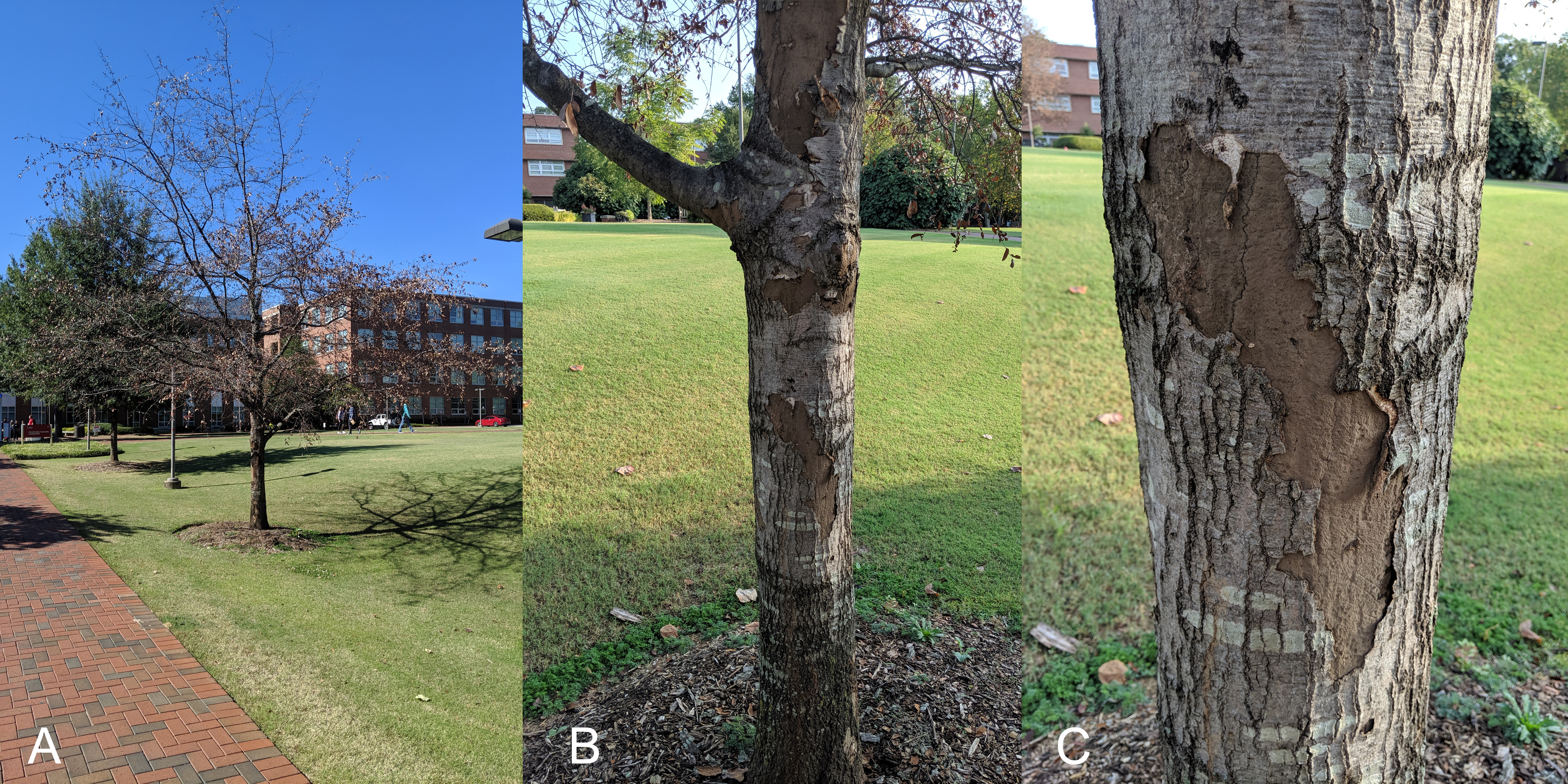 Figure 1. The Darlington oak (Quercus hemisphaerica) on campus where the larvae were collected.

The oak was shedding chunks of bark, revealing developing brown mats of the decay fungus Biscogniauxia atropunctata. Before campus groundskeepers could cut the offensive tree down, I knew I had to sample the insects and other arthropods found under its bark. And, what a bounty I found! I tweeted about some things from under the bark, which included numerous species of beetles (both adults and larvae), lance flies and larvae (Lonchaeidae), flat bugs (Aradidae), mites, and ants. I even collected some parasitoid wasps. Before preserving them as specimens for our collection, I wanted to get live photos.

I began placing some small beetle larvae (Fig. 2) (later identified as lined flat bark beetles, Laemophloeus biguttatus) on sections of bark to take the photos, when I noticed they would crawl for a short distance and then stop before hopping into the air a short distance. There were also maggots in the same sample that were leaping, but this was not news. Jumping beetle larvae? That was interesting.

Shortly after finding this behavior, I happened to see my colleague and friend Dr. Adrian Smith (North Carolina Museum of Natural Sciences), who is a fantastic biologist skilled at capturing amazing videos of interesting behaviors at high speed (I definitely encourage a visit to his YouTube channel). We immediately knew we had to film the leaping behavior, so we collected more larvae and he brought them back to his lab where he filmed them. The resulting videos were amazing: larvae arching their backs in slow motion and then launching off the ground in a loop, followed by a clumsy landing and rolling (Fig. 3). It was graceful and beautiful, but had anyone else seen this beetle larvae doing this behavior? 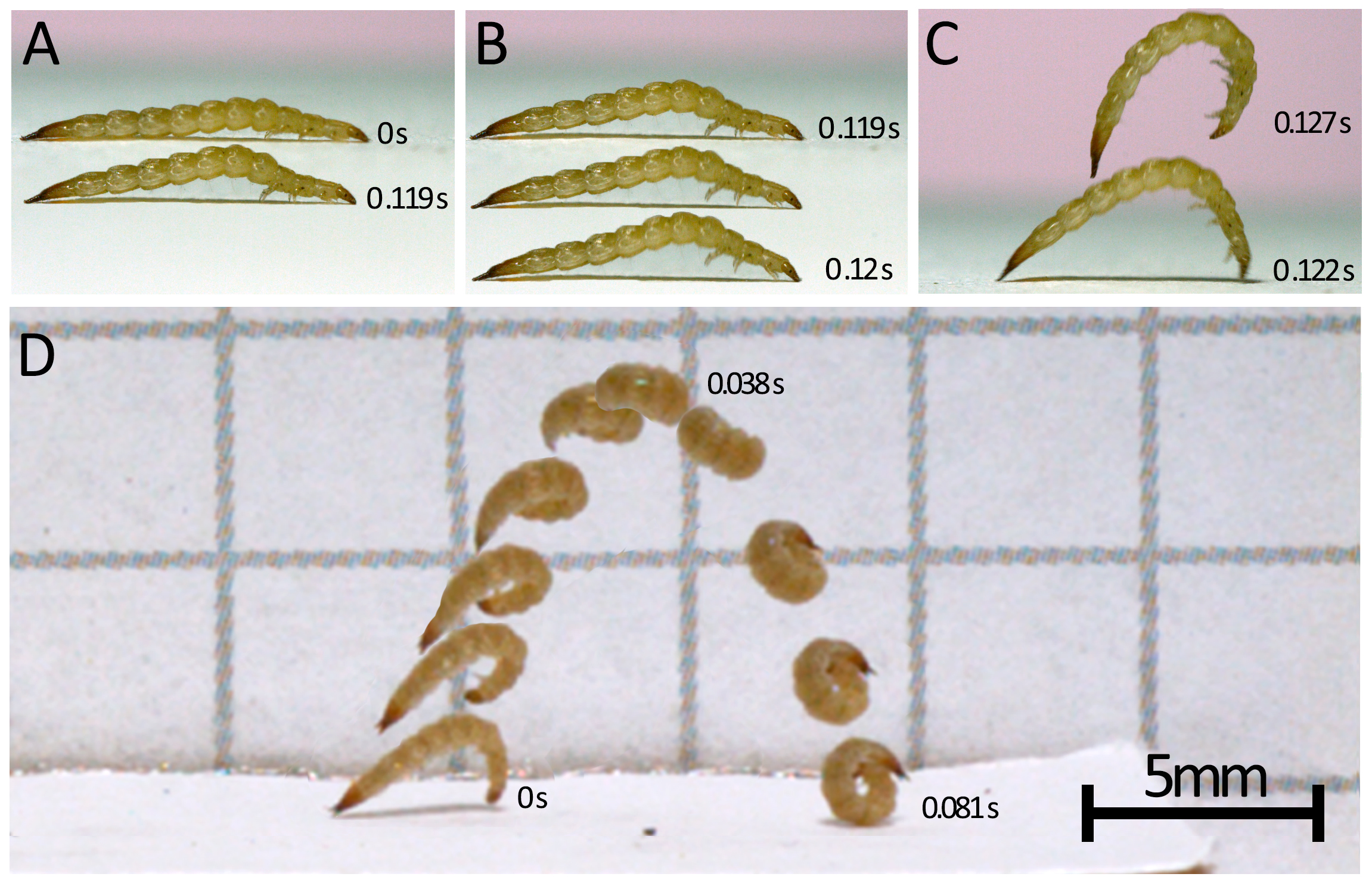 Armed with video evidence, we shared our findings with beetle experts (“coleopterists”) across the world. Dr. Ainsley Seago (Carnegie Museum of Natural History) was one of the first to express amazement and shared the video with some of the world’s most accomplished beetle experts. To our surprise, no one had ever seen this behavior and it was not recorded in the literature. Thus, we knew we had to describe it. With further help from Joshua Gibson (University of Illinois), an expert on fast movements in insects, we quickly identified that the larvae were using a latch-mediated spring actuated (LaMSA) mechanism to propel themselves into the air. These mechanisms use a latch to help build up potential energy; when the latch is released it releases the energy. In all other insects that use this mechanism, the latch is set between two body parts. But when viewing ultra-high-speed videos (~60,000 frames per second), we saw that the larvae were grasping the ground with their thoracic claws, to create the latch. This is unique among insects and does not require any specialized anatomy.

This behavior was both novel in its mechanism, but also represented a rare behavior among beetle larvae. As you can imagine, then, we were extremely surprised and delighted to find out that this is not the only member of the family to perform these jumps! We were alerted by a Japanese expert on this group of beetles, Dr. Takahiro Yoshida (Tokyo Metropolitan University), that he observed and recorded the behavior in a somewhat-distantly related genus Placonotus. This suggested that the behavior might be more common than we thought.

We think the larvae leap in order to disperse from their ephemeral environment, indirectly avoiding predators and adverse conditions. However, we did not have enough larvae on hand to test all the hypotheses. We hope that others may get a chance to work more on these larvae to better understand the behavior. Our research paper was published in PLOS ONE.