The 2022 workshops marked the 20th anniversary of the collaboration that became the NPDN-Beltsville Advanced Diagnostic Workshops and, that until 2021, were held at the Beltsville lab (now called the Plant Pathogen Confirmatory Diagnostic Laboratory – PPCDL). Although we hoped for a return to in-person workshops in 2022, continued travel restrictions at USDA facilities forced the Beltsville leadership and instructors to again convert their training materials to a virtual format. In addition to recognizing all the instructors and trainees who participated in the array of workshop topics, we want to thank all the instructors for their extra efforts in providing these trainings. They could have simply said, “Oh well…we have no choice but to cancel.” Instead, they decided this effort was important enough to add to their workload and made improvements to the 2021 virtual courses. They even expanded their course subjects for 2022 by offering four additional course topics not available for the 2021 workshop series.
The decision to go all virtual occurred on February 2, in response to travel restrictions not being suspended. The timing of this decision was just a few weeks before the first training session was scheduled to begin. Once again, the Beltsville instructors proved that their number one priority is the delivery of quality workshop materials and activities, even when challenged with a quick turn-around. The instructors are commended for their ability to quickly modify their lectures to a virtual format, including four topics new for 2022, without reducing content quality.

Eight subjects were offered virtually and delivered between February 22 and March 29. The subjects were selected based on ease of conversion to a virtual format and the annual survey of most requested topics. Workshops that included a practical, hands-on activity had materials that needed to be shipped to the participants for processing at their home base laboratory. We learned a lot in 2021 but this time we had only a few weeks from the time the decision was made to go virtual. Making these substantial changes over a few months was a huge undertaking and took the efforts of many.

As many of you know, there are numerous benefits to travelling to Building 580 in Laurel, Maryland, for training. When physically present, the participants make connections with the scientists who developed and/or validated the procedures they are learning, they get to try out different pieces of equipment and learn what features are important, they perform hands-on activities in the presence of experts who can guide them as questions arise, there are no distractions, and they get to spend time with other network members.

The primary benefit of virtual sessions is the ability to increase the class size. We were able to triple the allowable number of participants versus our traditional in-person workshops. In-person workshops are capped at eight participants because of the costs associated with travel and the size of the training space. The virtual sessions allowed us to invite up to 25 participants to each workshop. We also plan to use the recordings of the virtual workshops in future Learning Management System (LMS) modules.

As with 2021, the instructors and planning team members learned many lessons while planning the virtual workshops and during some of our six-hour Zoom days. Future workshops will benefit from this experience. Even though we feel these workshops were very successful, we all are hoping to travel to the PPCDL in March 2023.

Congratulations to all NPDN network members and partners who attended and completed the workshops! We provided valuable training content to 120 participants in eight workshops over a six-week period. These network-wide professional development opportunities provide beneficial growth to individuals as well as network-wide preparedness. We cannot thank the PPCDL leadership and instructors enough for their ongoing commitment to providing the NPDN members and partners with quality diagnostic trainings.
At the 6th NPDN national meeting, the PPCDL leadership and instructors were awarded an Outstanding Team Service Award for not only their many years of offering top quality workshops but also for going way, way above and beyond for our members and partners. The award nomination letter concluded with this statement: It is crucial to keep the NPDN membership educated with cutting-edge diagnostic tools and techniques to accurately make identifications and to serve as the front line of sample processing as well as backup support for state and federal laboratories. Their dedication and commitment to the NPDN diagnostician’s professional development needs to be recognized for its extraordinary value to the NPDN and USDA missions, especially for their above and beyond efforts during the pandemic. 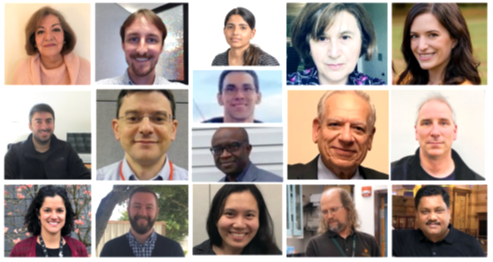 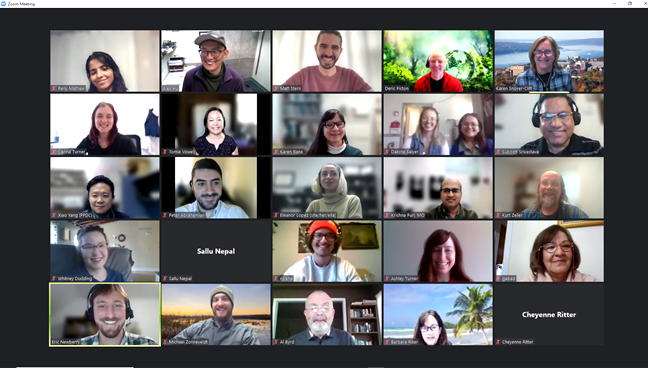 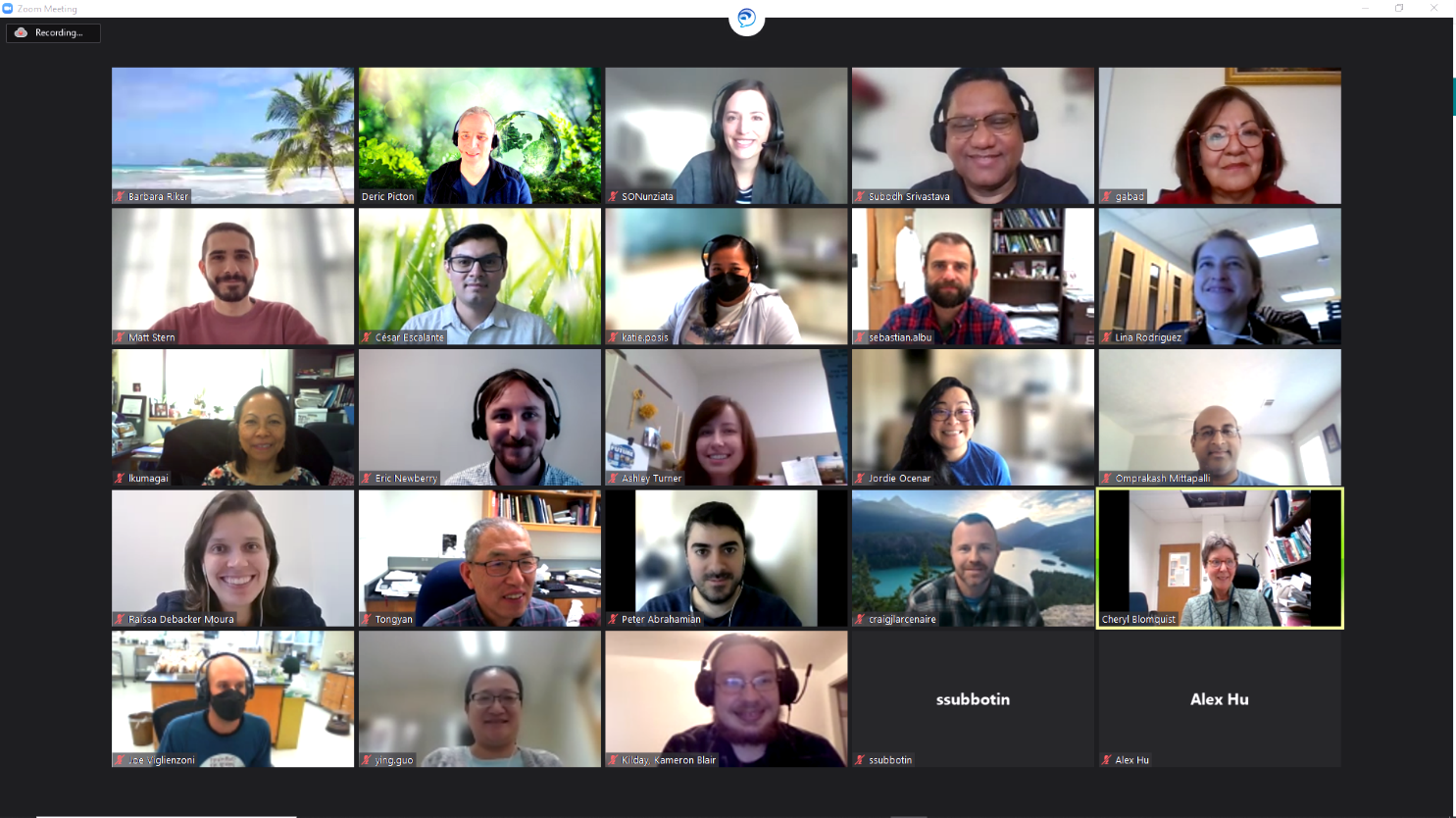 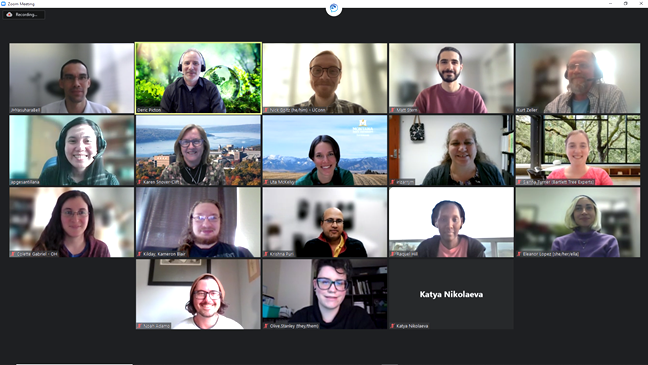 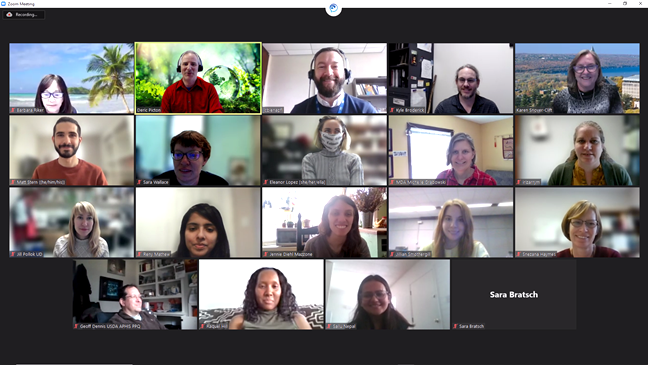 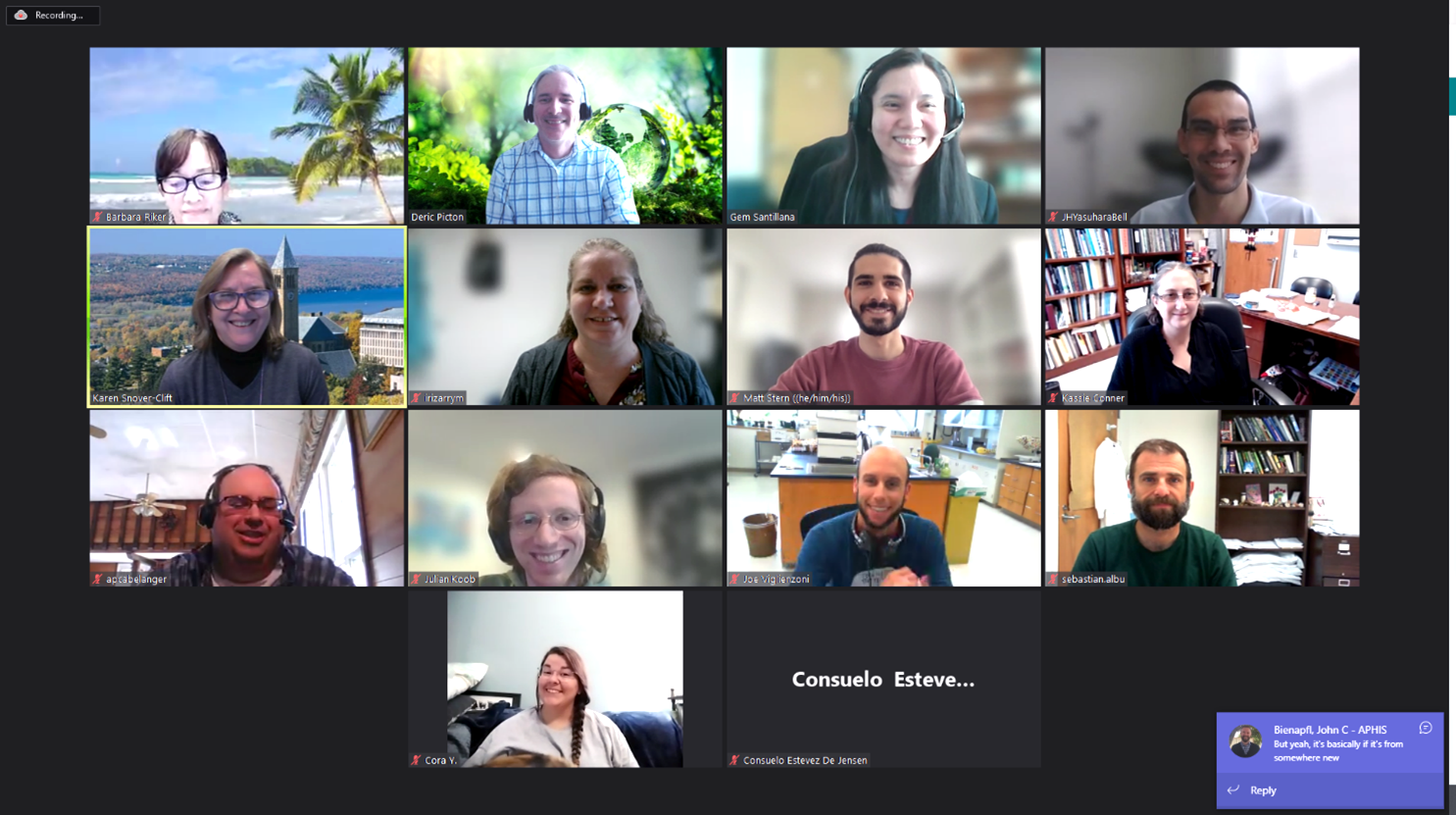 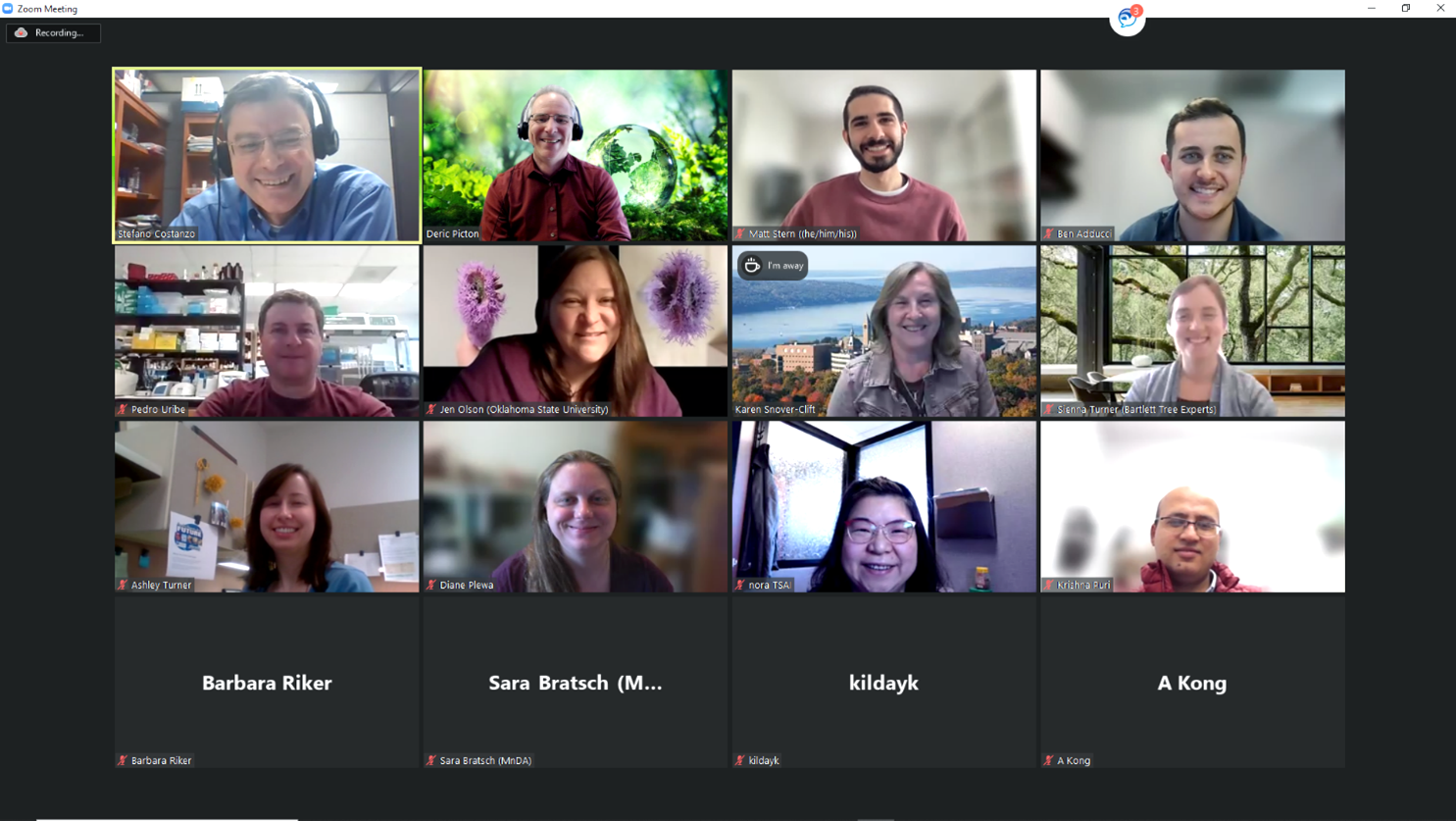 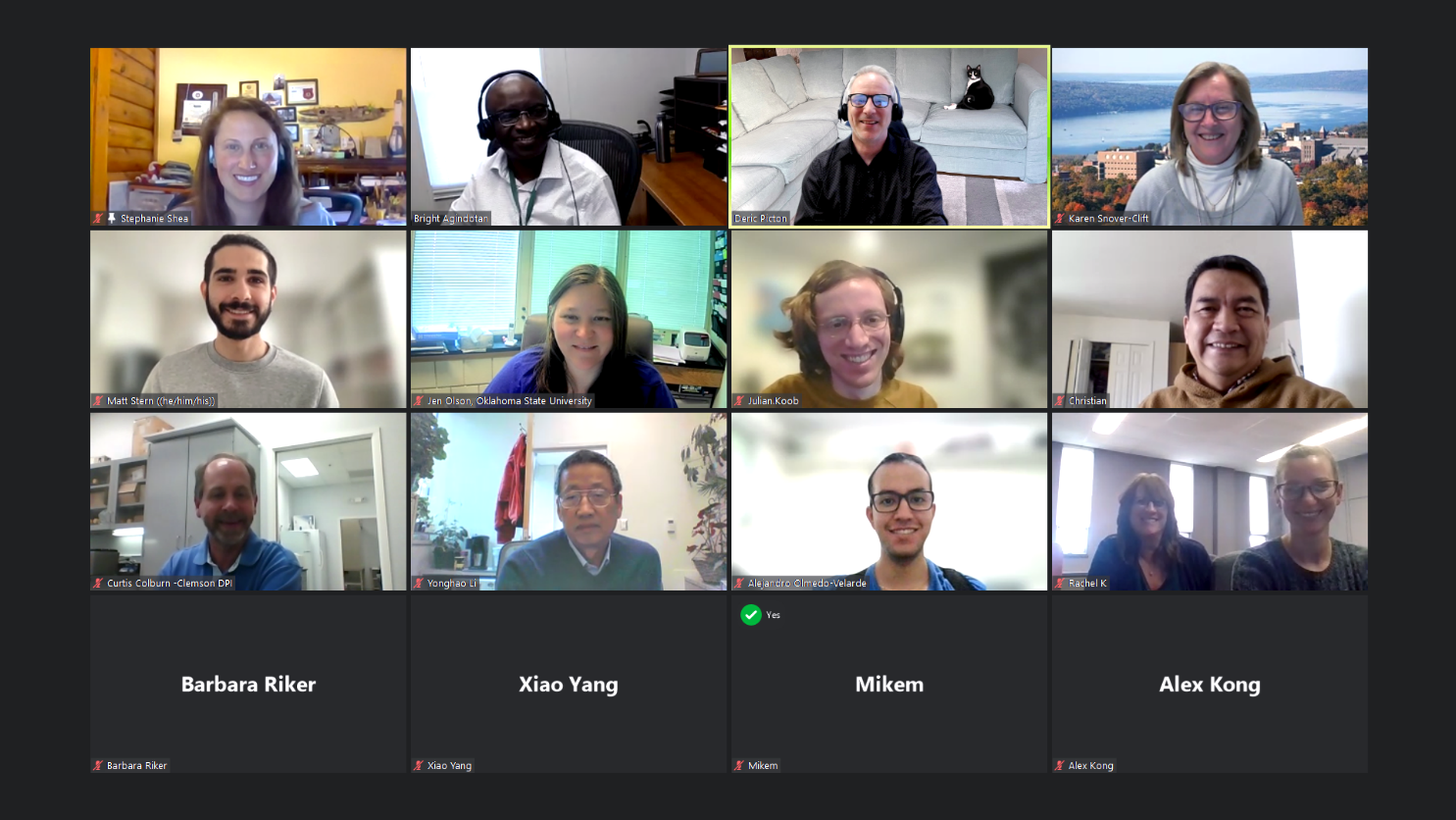 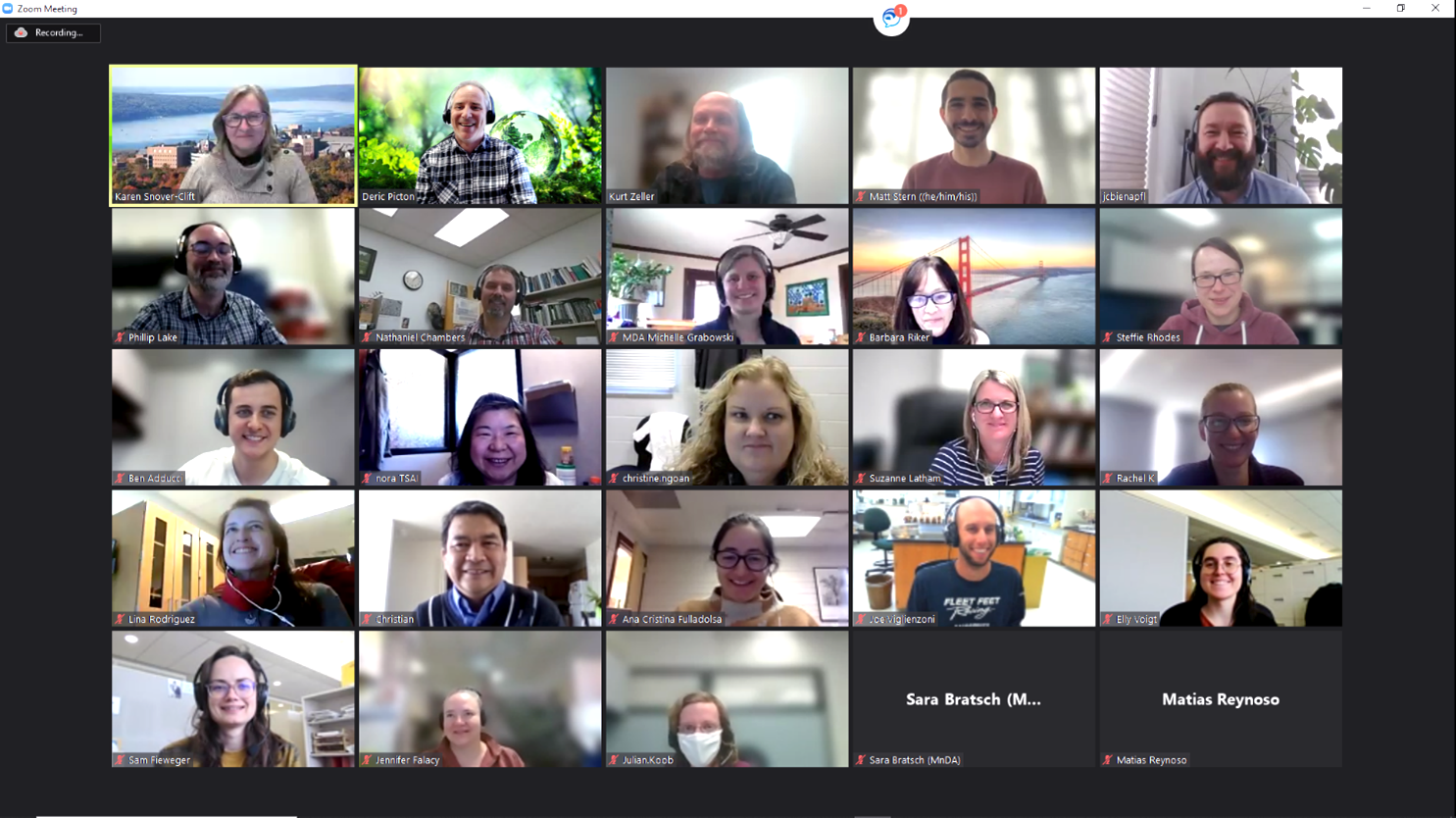